The WSOP 2015 event drew 6,420 players, who were going to battle out for a share of the $60.4 million prize pool. The champion took home a staggering $7.6 million, while the nine players sitting at the finals secured a $1 million prize.

For the second successive time since 2006, eight figures awaited the 2015 WSOP main event champion. The event also made headlines by bringing in thousands of poker players who had never participated in the event before, kick starting the summer season of 2015 with a display never witnessed before at the Rio or any other place.
Running from May 27 2015 to July 14 2015 at the Rio All-Suite Hotel & Casino in Las Vegas, Nevada, the tournament organizers made some significant adjustments to improve the player experience, with buy-ins that range from $565 up to $111,111, which they dubbed it as the Colossus.
The $565 buy-in event was such a huge success, as it attracted more than 14,284 players from across the globe. These players flooded the poker tables across Las Vegas and for the few days they were there, they caused a logistical nightmare, but the kind that the poker rooms at Las Vegas certainly welcome.
Overall, an astonishing 22,374 entries had already filled up the Rio over the course of two days after opening, shuttering the previous WSOP record of 8,773 for having the largest number of players seated at a live tournament at any time, which was held by the 2006 WSOP main event.
The total entries managed to produce a prize pool of $ $60,348,000 which was going to be shared among 2,241 players. Out of this, $7,683,346 was set aside for the event champion. This represented a rough estimate of 1,130% return on investment for the last player standing.
As already mentioned, the large number of players who turned out for the event caused a logistical nightmare to some of the casinos and the queues grew to excessive lengths during both the payout and registration times. This led to some of the few pros in attendance to speak out  on social media about how just flat and boring the payouts were, with the champion receiving just less than 6% of the prize pool.
For instance, Matthew Affleck tweeted, ‘Instead of $10,000,000 1st … guarantee 1000 places paid and $1 million 9th place. Appeals to more players imo’.

A Mammoth Crowd of Players – One Never Witnessed Before!

While the prize pool caused plenty of commotion, there are plenty of other features that the WSOP 2015 committee got right and we must commend them for that. This was evident given the number of players who registered for the tournament.
Each of the table in the huge conventional rooms was packed, forcing the management to add extra tables inside the poker kitchen, in the hallway located outside of the Buzios restaurant as you head towards the front of the casino as well as inside of the poker room, just right in front of the casino.
As if this wasn’t enough, as the players busted out, each of the available four flights has two extra waves, which allowed for more players to be squeezed in. The first wave offered players plenty of opportunity to play, but those who didn’t have a chance to participate in the first or second groups decided to enter with just 10 big blinds. This was an indication of how eager players were to be part of this historical World Series of Poker event.

The November Nine at the WSOP 2015 Finals table

But after 72 hours of poker madness, the field played down to a final table, which had the usual nine players, who were going to battle for the $7,683,346 top prize. Out of the nine players, the most recognizable one was Ray Henson, who from the 4th day of the Colossus, held the chip lead. The main reason why he stood out from the rest, and was the favourite to win the competition, was his record in the past WSOP events.
Back in January 2016, Henson emerged victorious in the largest WSOP circuit in which more than 4,000 players participated in. He had the chance of putting his name in yet another historical event in the WSOP records book but it was Joe McKeehen who carried the day.
McKeehen, a Montgomery County poker pro, won the WSOP 2015 event with an Ace-10 and luck favored him by revealing a second ten, ensuring that he won against Joshua Beckley, who had gone all in with a pair of 4’s.
Just a few moments before the final showdown, Neil Blumenfield had tried to put a stop to the force, which was Joe McKeehen, but to no avail, as the mega chip leader used the chip lead advantage to outplay him. He finished 3rd, taking with him $3,400,000, leaving McKeehen to battle it out with Beckley.
These two continued playing – sandwiched between a prized, pricey WSOP bracelet, which is usually encrusted with rubies and diamonds and stacks of cash – until McKeehen emerged victorious.

Joe McKeehen, a 24 years old poker profession from North Wales, Pennsylvania, went into Tuesday’s showdown with an unwavering chip lead of 67% of all the chips on the table, equivalent to $128 million. He was the player responsible for eliminating four of the November Nine before he ousted Blumenfield.
Blumenfield on the other hand went into the finals second, holding 21% of all the remaining chips. This was however after he nearly took a pass on playing in the final event after being laid off from his executive position at Intuit days before deciding to compete.
After deciding to ultimately pay the $10,000 prize to enter, he said that it was one of the top ten decisions he’s made in his life for sure! 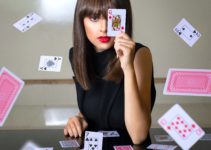 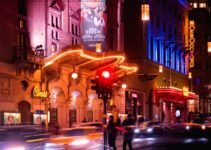